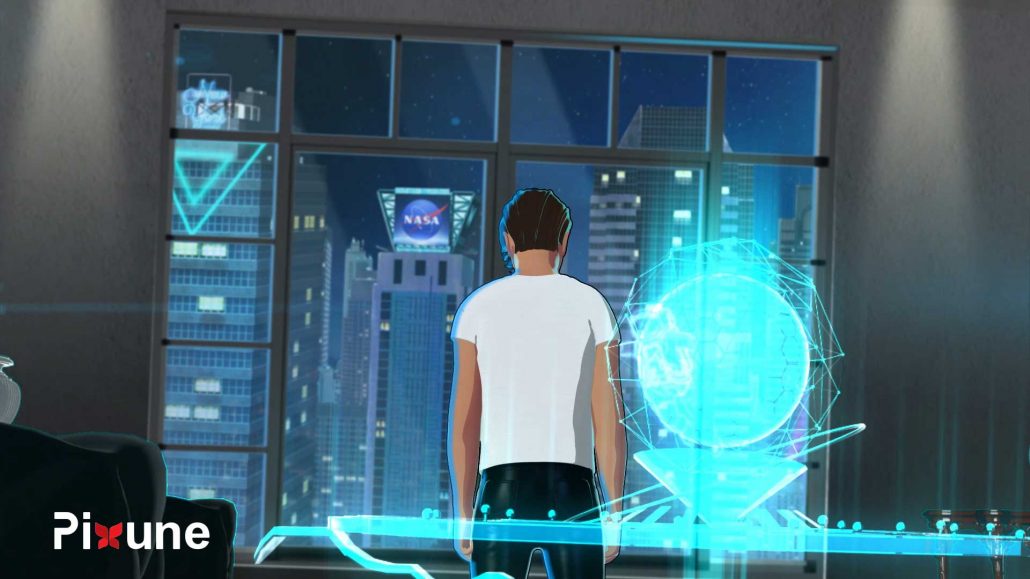 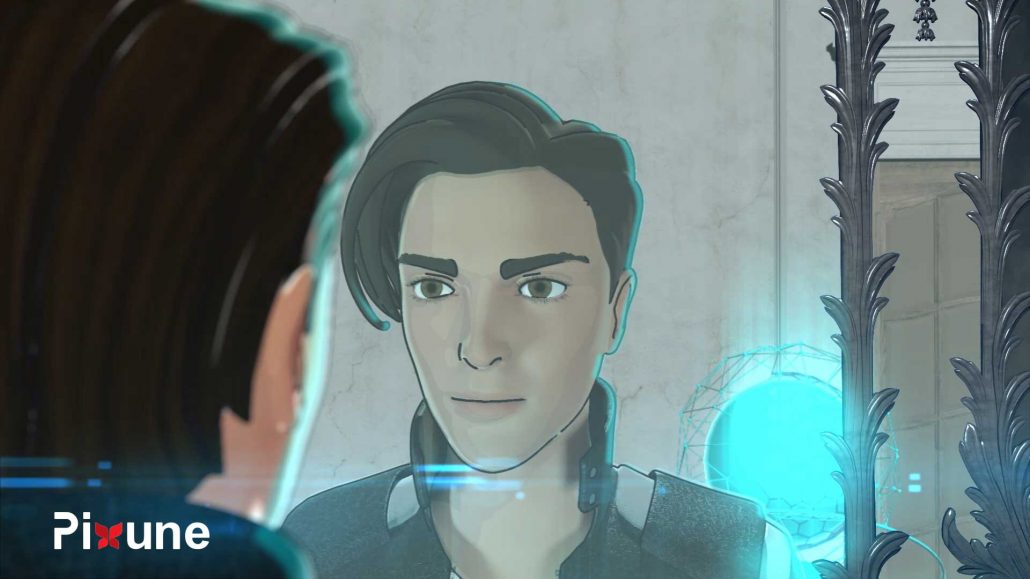 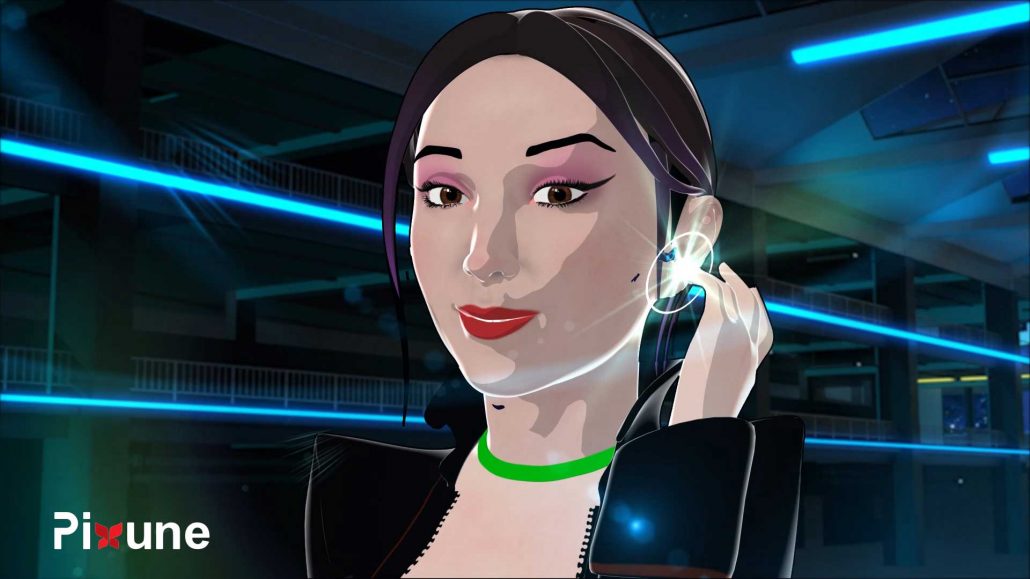 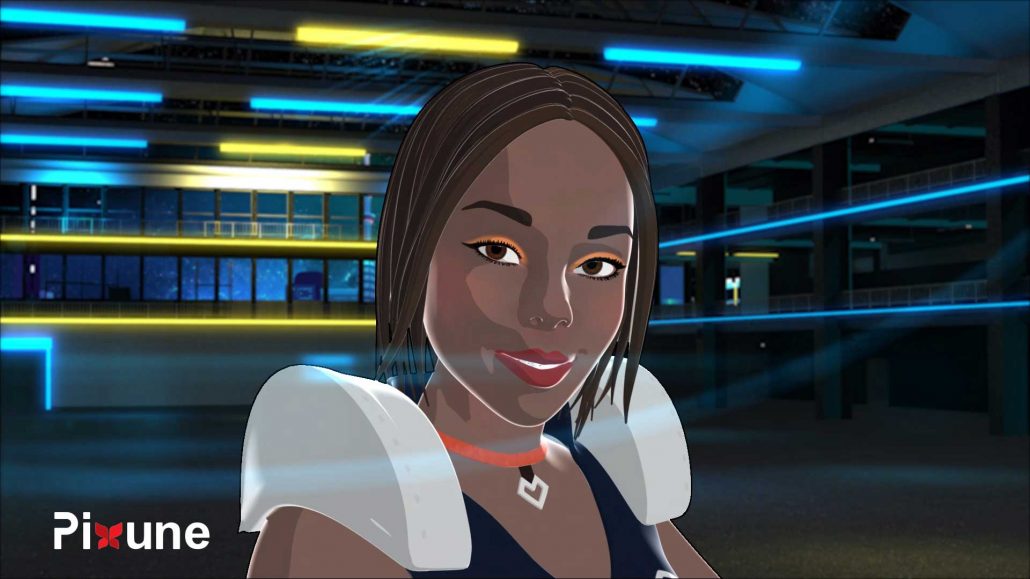 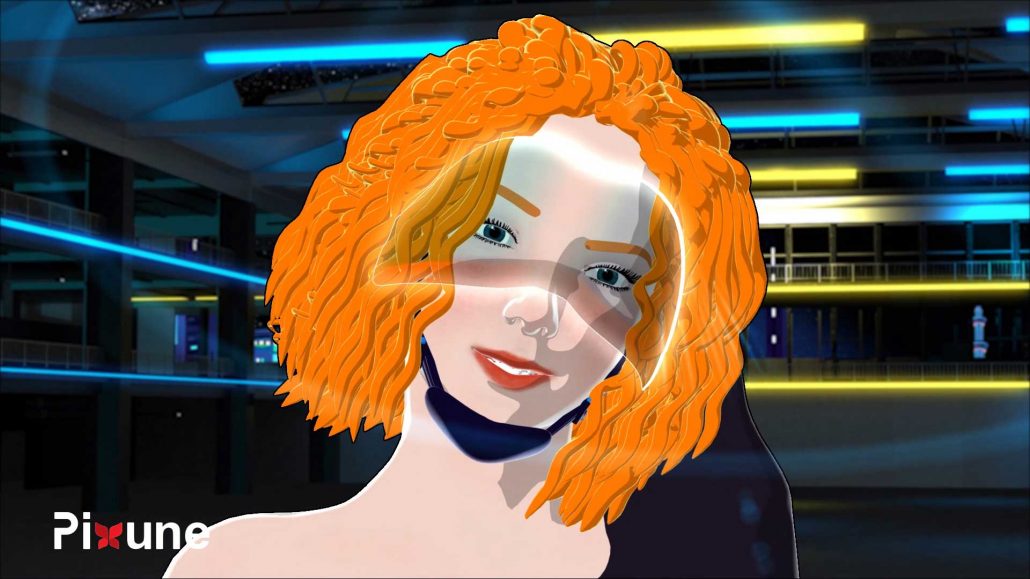 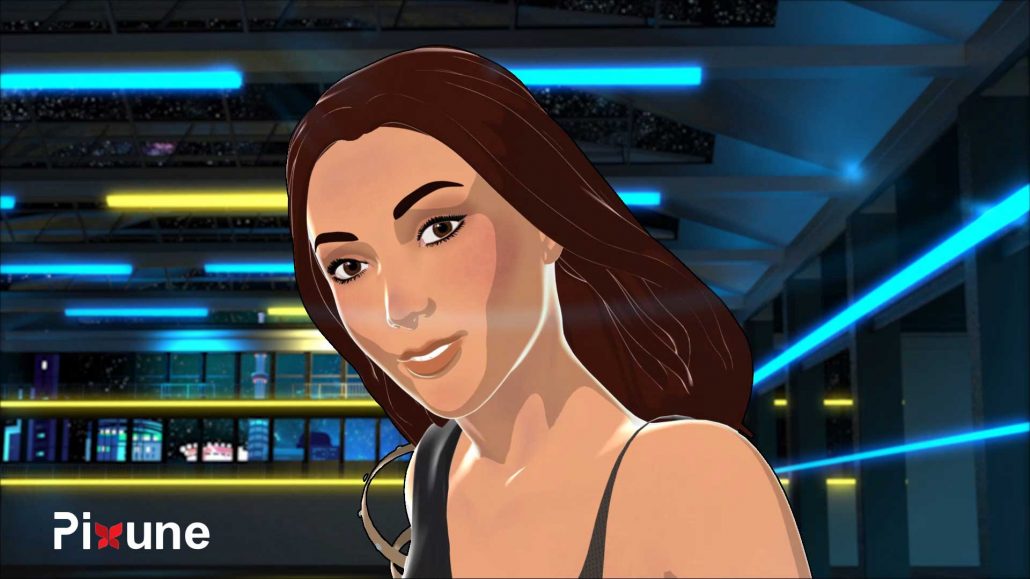 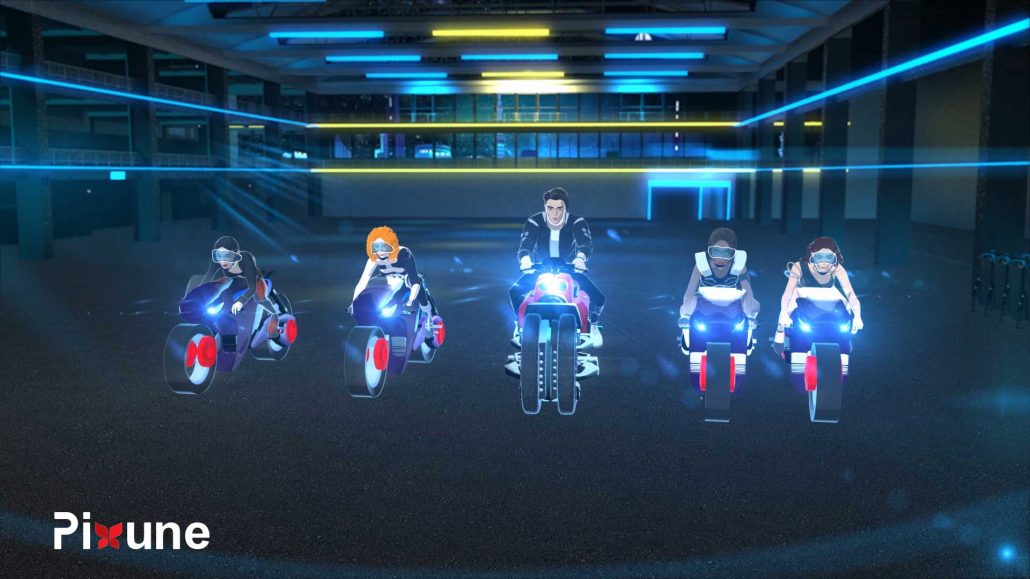 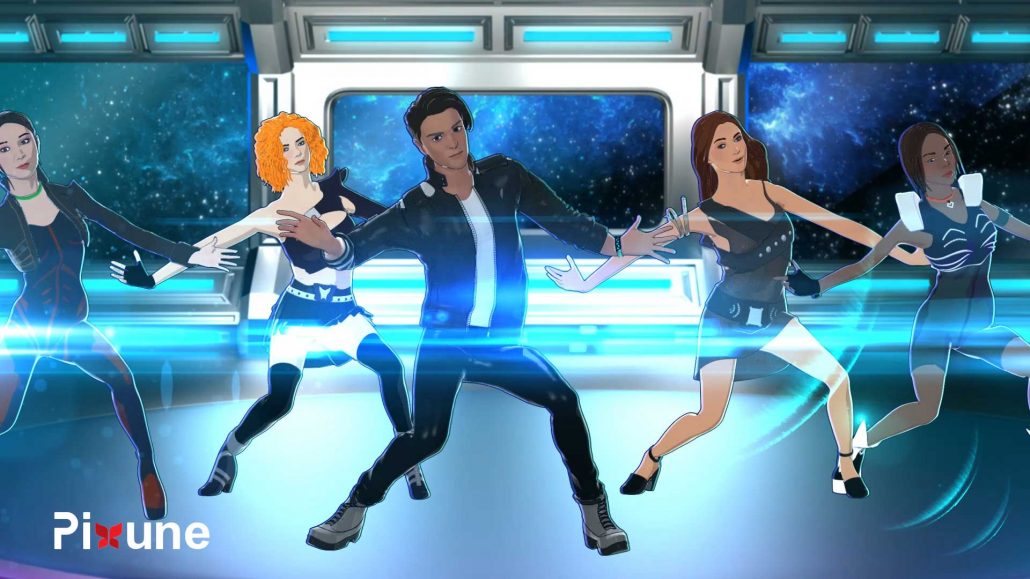 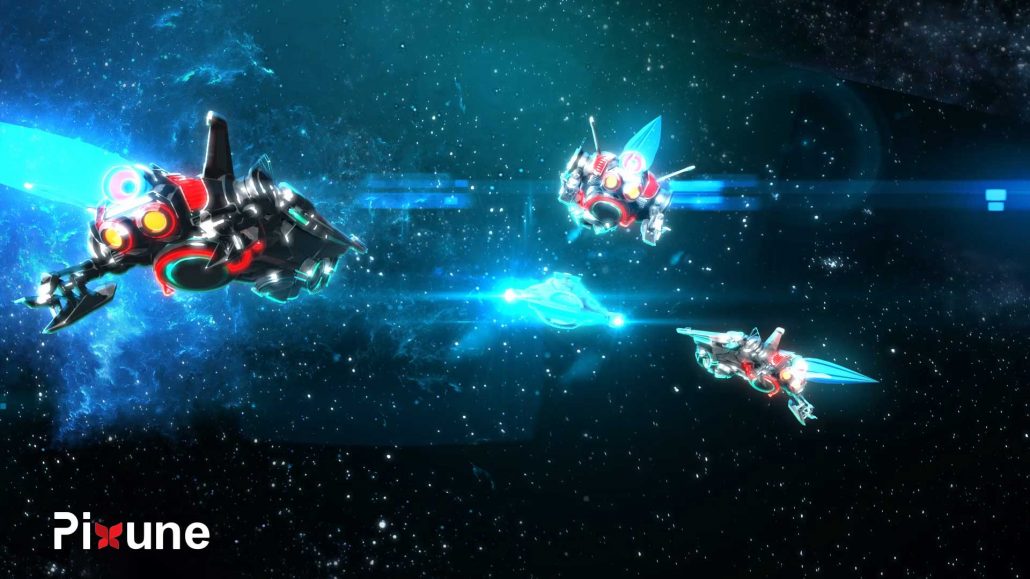 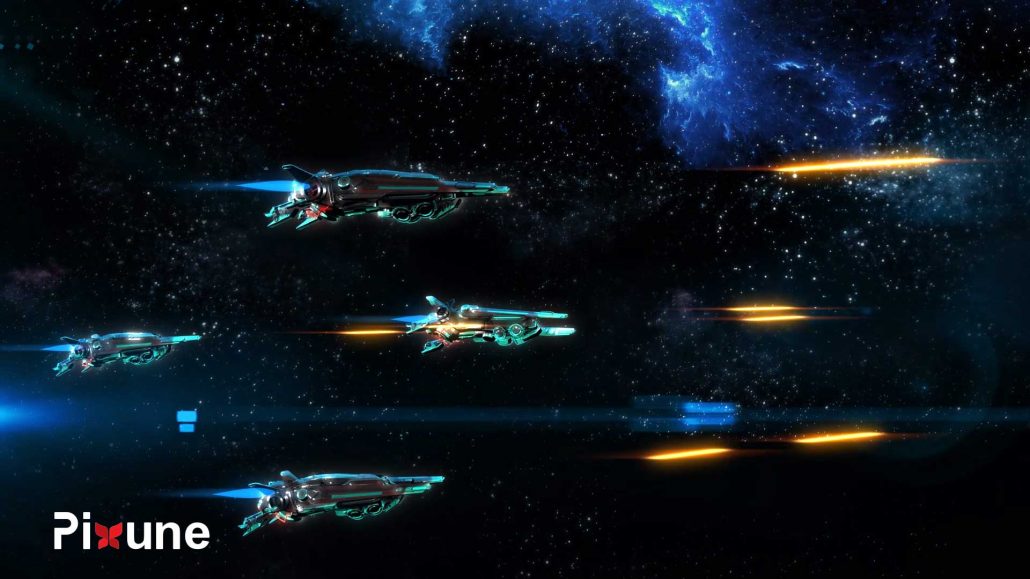 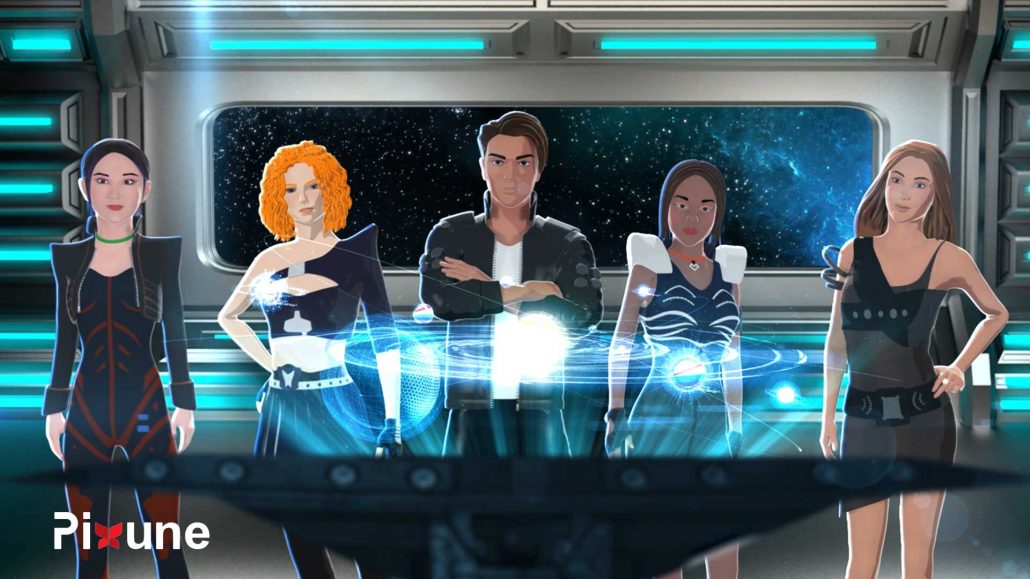 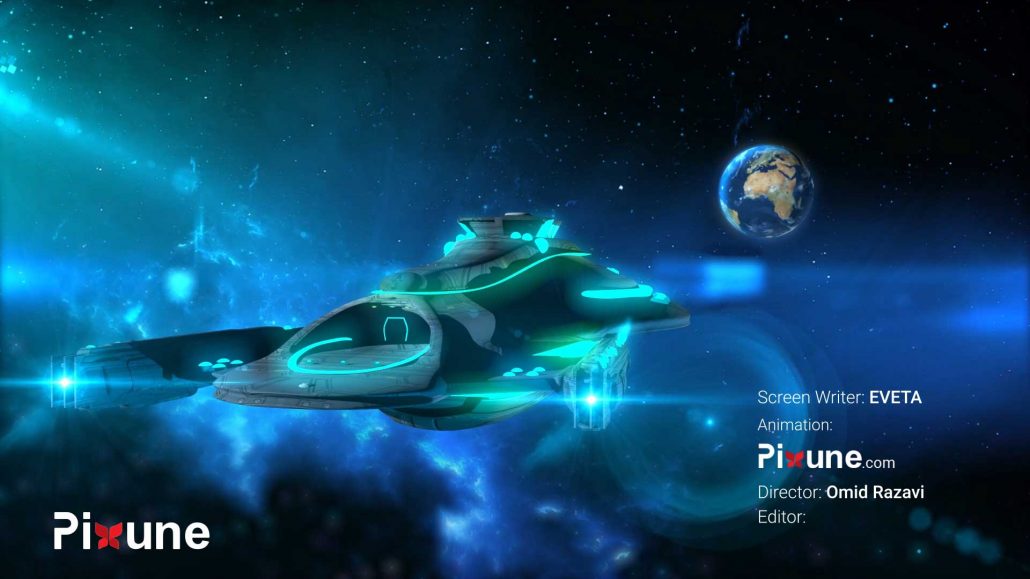 We have a long-shot view of the city and sky scrapers in the night as the video’s information pops on the screen. A few trumpets on top of a building begin to play and the music starts. We follow the camera from a window into the EVETA’s headquarter.

EVETA is looking at some devices and futuristic bikes. He and four girls walk toward the bikes. They stop by the bikes and each activates a head gear which turns into visors. They sit on the bikes, EVETA gives the order with a movement of his hand and they all drive through a tunnel into the city.

The group drives through the city toward their spaceship. They get off their bikes and start dancing at the entrance of the spaceship.

The group continues to dance inside the spaceship.

The group continues to dance inside the spaceship. In addition to dancing as a group, this time camera focuses on each of the girls alone for a few seconds as they dance.

EVETA and the group are looking at a monitor intensely and discussing. A few red marks are shown on the radar-like screen.

The spaceships lands on the surface of the moon. EVETA gets out of the spaceships and plants a LGBTQ flag in the ground. The group dances to the rhythm near the flag. They are shown in the news and the city billboards with the title: “EVETA and his friends make history”.

EVETA and the group guide the spaceship through the space back toward the earth. Production information is displayed on the screen. 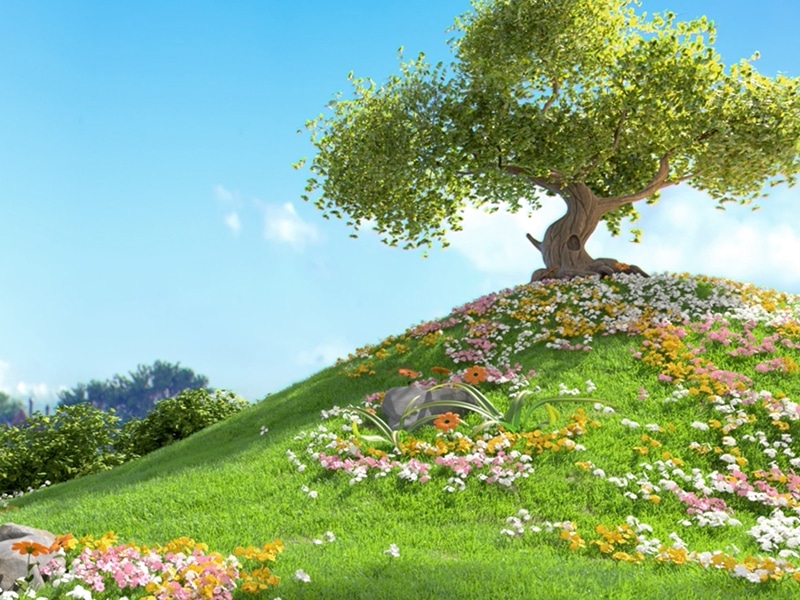 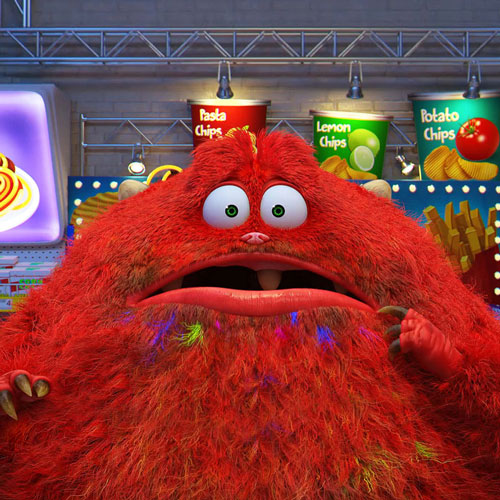 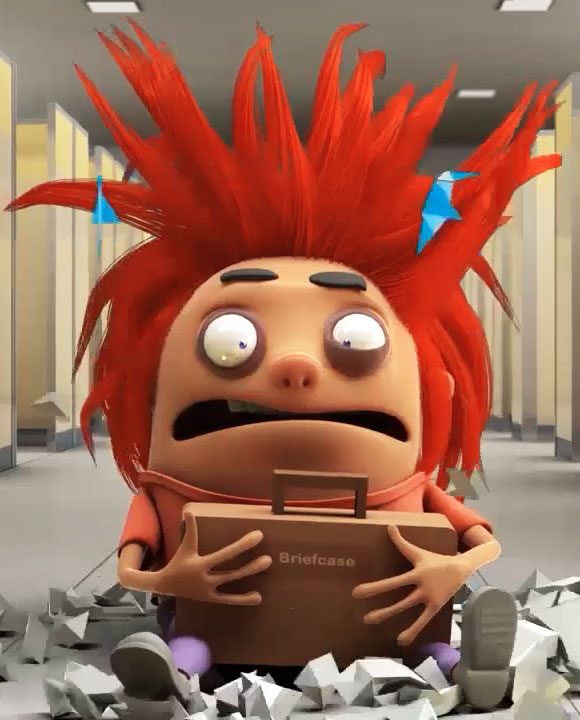 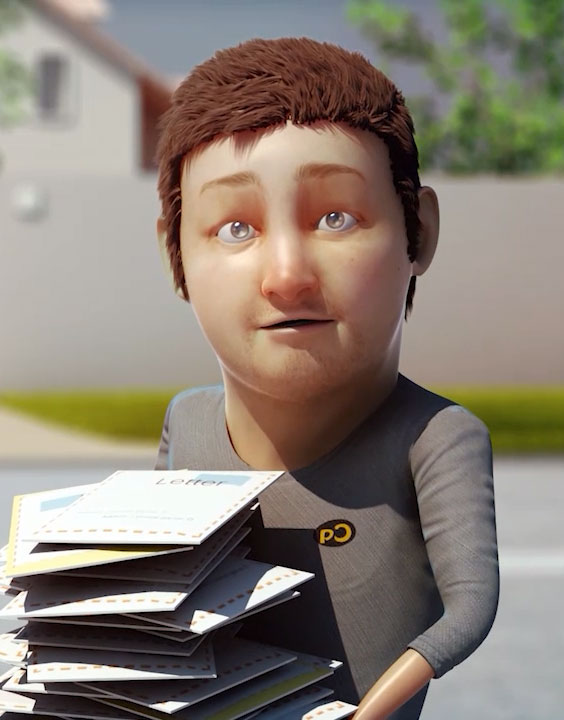