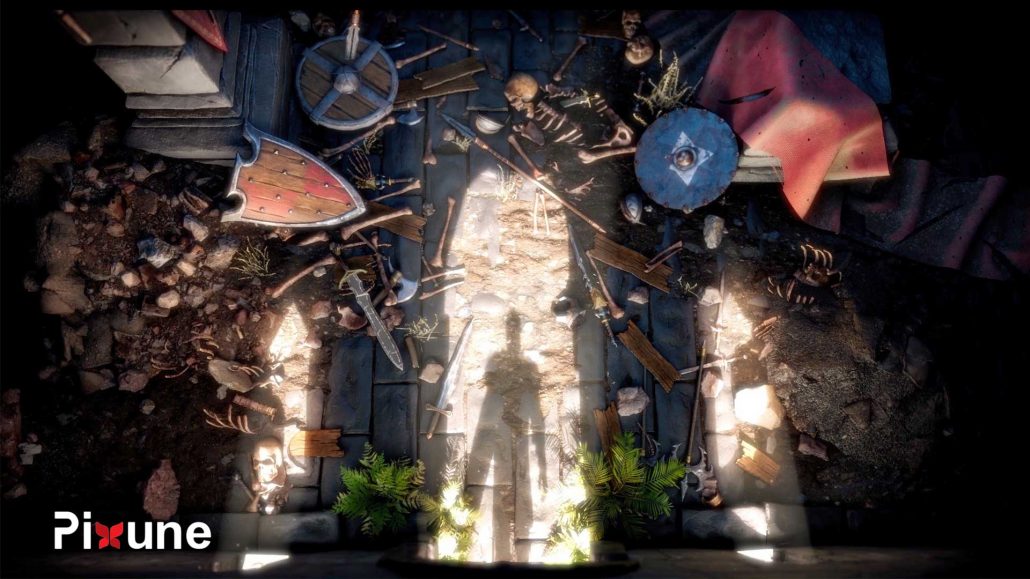 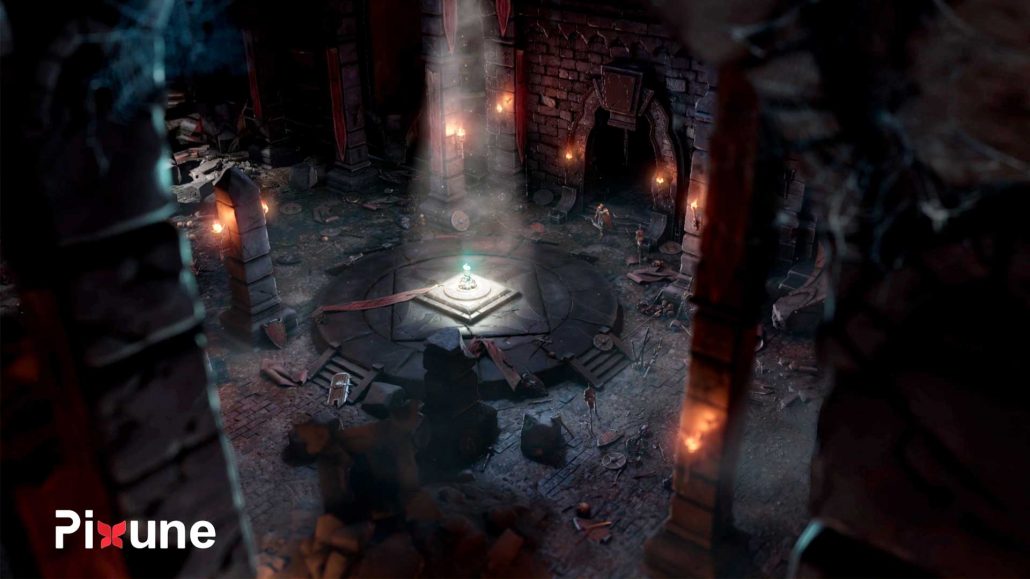 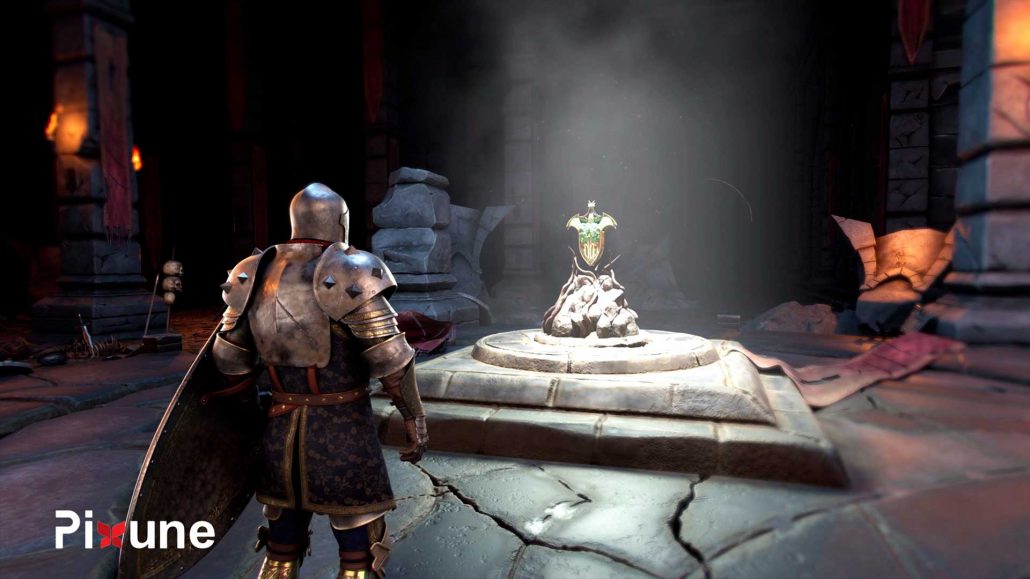 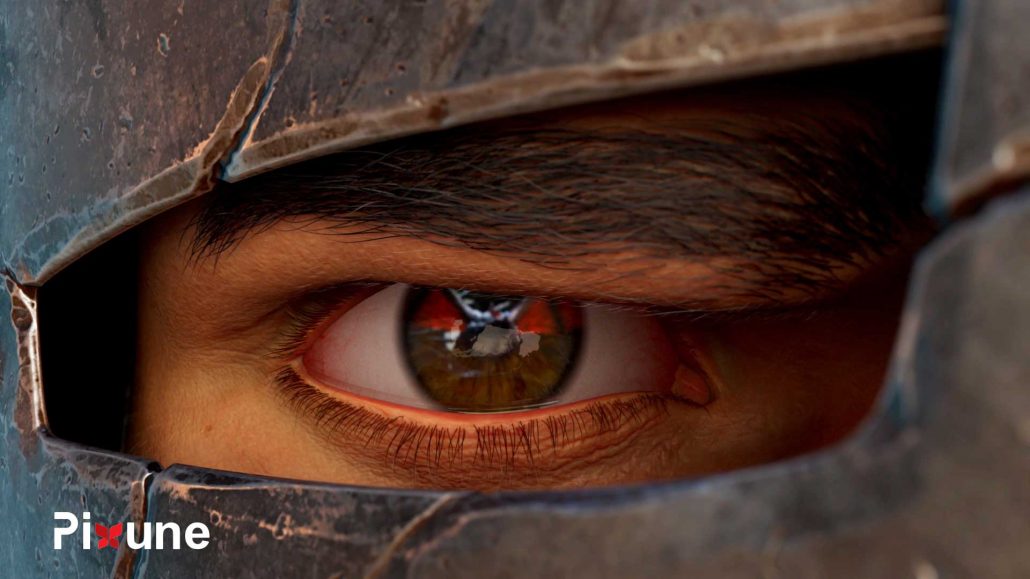 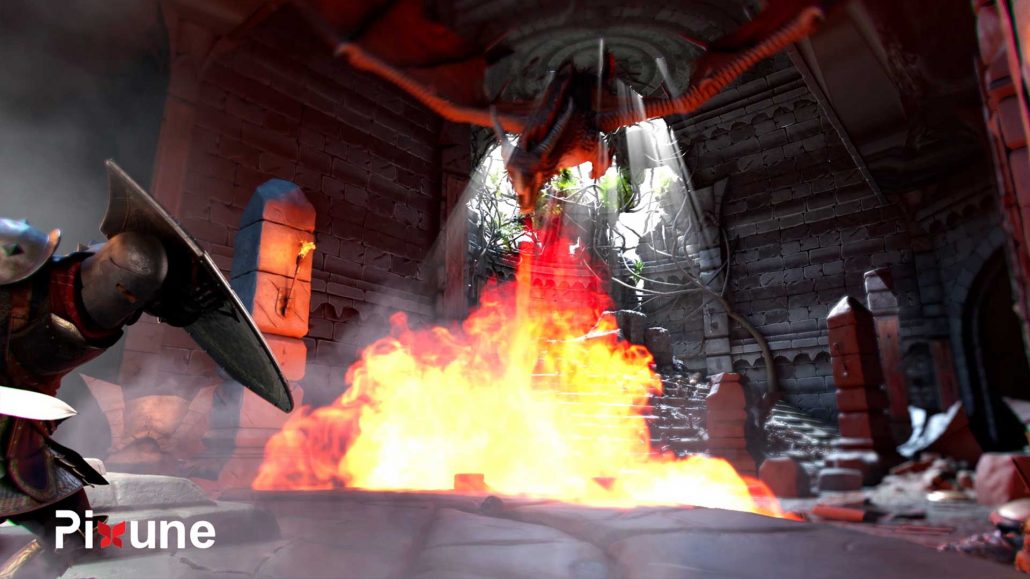 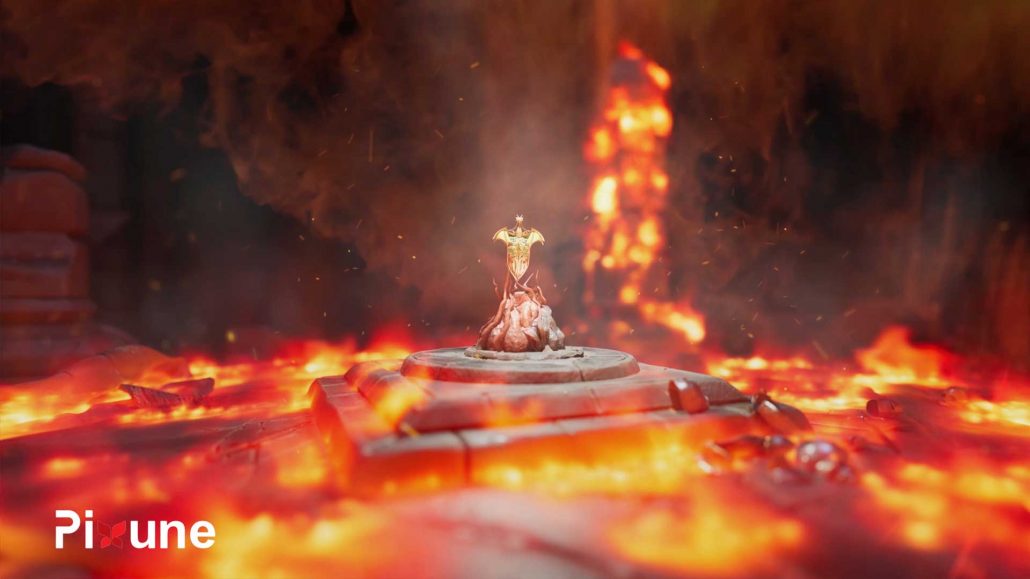 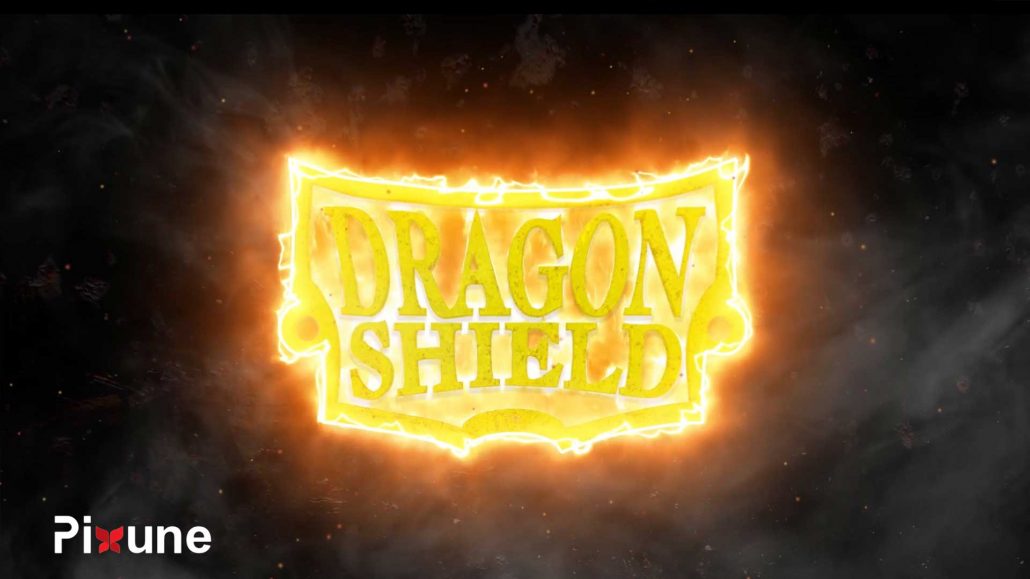 Here at Pixune we love games, and everything related to them. That’s why we were glad when a Danish game accessory producer reached out to us with an offer to create a commercial for them. They had previously made a commercial for a Card Shield product called “Dragon Shield”. Our CEO is a Master card player so you can imagine that there was no way we would have turned this down.

The client already had a pretty good scenario in mind, so we only made a few changes to it and focused our efforts on delivering the best aesthetics we could. After research and deliberation, it was decided that a hyper-realist look will meet the project nicely.

The client was happy with the result, and based on metrics our commercial outdid the last one they had published by far.

An isometric camera shows the inside entrance of a large hall. The ground is filled with treasures and skeletons. Daylight pours in and we can see the shadow of an armored man nearing the gate. The camera pans up to show the rest of a dark and ancient hall with a podium in the middle. There is a shining object placed on top of it.

The knight walks up from entrance toward the podium. A beast growls nearby and the camera and the knight turn to see a dragon perched above a ruined throne. The dragon opens his wings and lets out a ferocious roar.

The camera closes up on the knight’s help and we can see that his eye lights up with determination. He takes out his sword. The dragon takes to the air and flies toward the knight, while opening its mouth and letting out dragon fire. The entire hall is consumed by fire, but before the fire reaches the knight he brings up his shield. 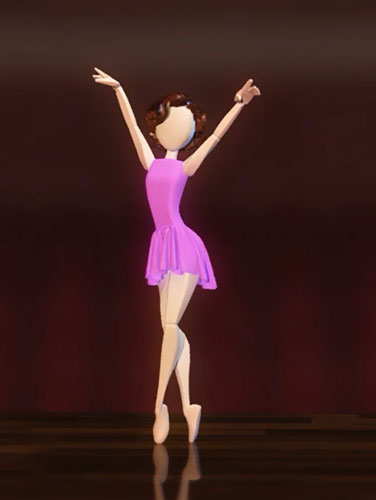 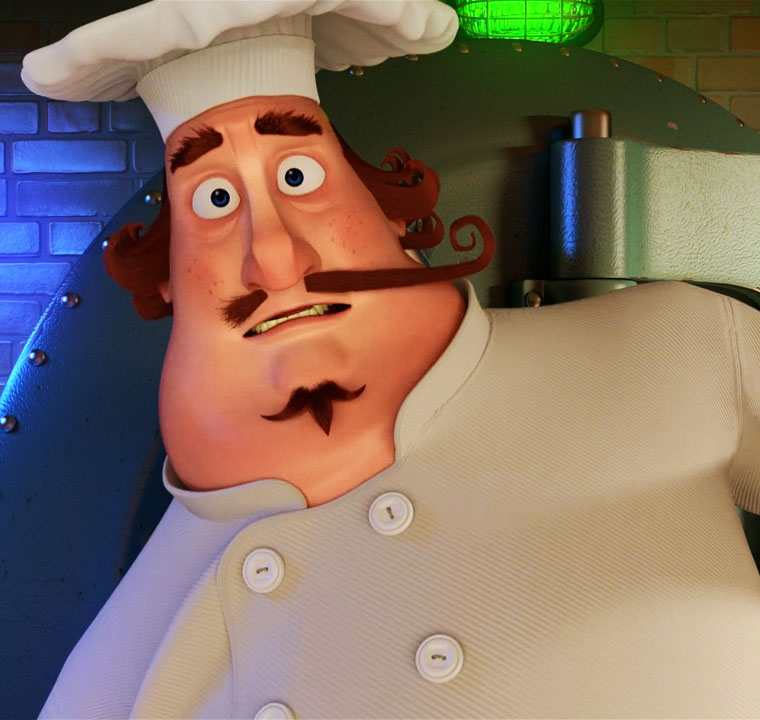 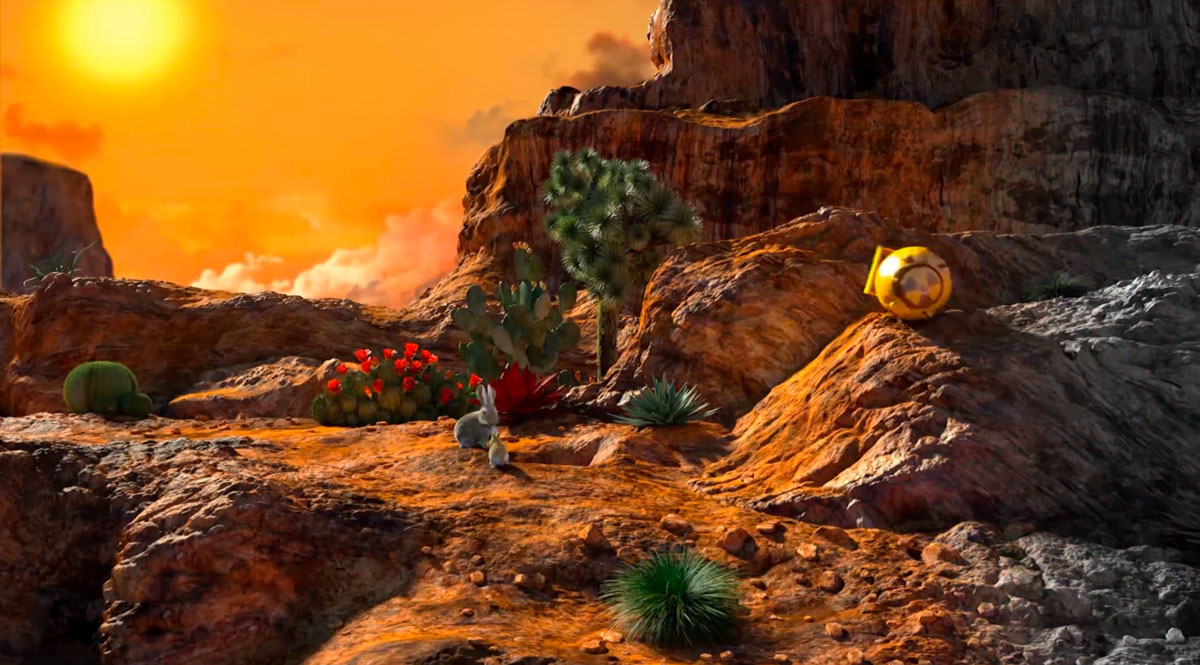