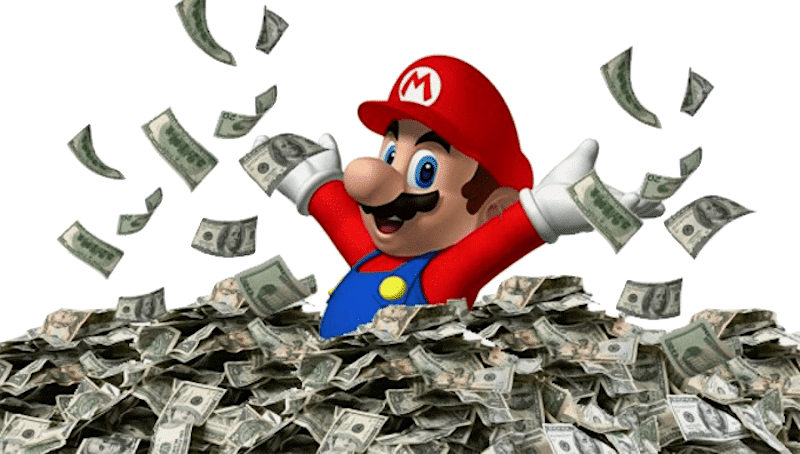 How to Make Money With Your Game: 5 Proven Methods of Game Monetization

Video games are now widely accepted as an art form, just like films. But also like the films, it is an “industry” and a huge one at that. And just like any other industry, the most direct goal is to make money! Game monetization is about exactly that: implementing the most effective way to generate revenue from your game.

Sure, if you’re good at what you do, you can create a game that will explore new concepts, educate and help people grow. However, if you can’t make enough money from that same video game, it’s going to be the last game you will ever make.

So, if you have a really great idea for a game, it would be a shame if it didn’t succeed because you didn’t plan its monetization ahead. In fact, it is one of the very first things you need to plan for after you decided you want to create a game.

Each game monetization model has its own pros and cons, and depending on the situation one might suit your game better than others. Now let’s explore those models and their features. Hopefully, this will help you make a profitable decision with your game.

Note that most games use more methods than one to make money. Even video games that are dubbed “Free to Play” always use one of the methods below to make profits. Games that arefree-to-play but charges money to remove limitations or unlock features is said to follow the “Freemium” model. Which is a combination of the words Free and Premium.

The conventional way of purchasing games from retail stores or online sellers is known as retail buying. Customers pay in-store for a physical copy of the game as well as any other game-related peripheral devices. Previously, retail purchases accounted for the majority of game-related transactions. However, because of the rapid development of digital distribution systems and mobile gaming, it has been on the decline in recent years.

Most games sold in retail don’t have a subscription anymore, you just pay once and keep the game forever. But some games may couple other models such as ads or even subscription (World of Warcraft) with a retail purchase. This move is generally not well-received by players and is considered greedy by the player base.

Digital distribution or digital download is comparable to the retail purchase, but the venue is different. You sell your game through a popular 3rd party distribution platform such as Valve’s Steam, and the platform takes a small share of the profits. In this method, customers buy games online once and download the game’s data straight to their devices, rather than purchasing them at a physical store.

Many digital download games are distributed through a third-party service that works in the same manner as a physical shop. These platforms sell a wide range of games from a number of creators in one place.

Digital Distribution is perhaps the most popular game monetization model these years. Ever heard of Valve’s Steam platform? According to Forbes, “Valve is more profitable than tech giants like Google and Apple.” That is a huge statement. And it’s not just Steam, Google Play, App Store and more recently Epic Games Launcher are all responsible for the huge popularity of the Digital Distribution model.

A subscription model is a business model in which users must pay for a game on a regular basis in order to keep playing it. Subscription-based games frequently sell access in one-month increments or multiples months’ bundles. When a customer’s membership expires or is canceled, their access to the game is revoked or limited until they re-subscribe.

This technique is most commonly linked with games that need an internet connection or services that require the publisher or developer to invest cash to run. Developer needs money to keep the servers running and pay for the staff that continuously work on the project. World of Warcraft is the most successful subscription-based game of all time.

A lot of free-to-play games use this model to generate revenue. Microtransactions are a type of business model in which some parts of a game’s content may be purchased to improve the player’s experience. New playable content, in-game currency, aesthetic options, and otherwise inaccessible or limited gameplay benefits are just some of the possibilities.

Traditionally, these purchases have been very affordable, but they have a wide range of options. Microtransactions are popular in social and mobile games, where buyers may be hesitant to purchase a complete game but are more comfortable with smaller, more frequent payments.

These days you can hardly find any game without some kind of in-game store for selling a wide selection of game items. These items can range from additional weapons and vehicles (PlanetSide 2) or cosmetics that have no impact on the gameplay (League of Legends). Here at Pixune, we have designed customs for many games to facilitate IAP. You can find some of them here.

Instead of allowing players to buy items specifically, some games allow them to purchase Loot Boxes instead. There are a number of random items inside each Loot Box. And so, players have to “grind” through Loot Boxes to find what they are looking for.

Using DLCs is especially favored by premium games. A downloadable content package can be a single major expansion or a series of smaller expansions, gradually released over time. These expansions can include skins, maps, stories, or even a new game mode based on the core game. Using DLCs is a great way to keep a game alive and fresh for the fans while keeping the developers busy making money.

Season passes may be available on a yearly or more regular basis. Also, later game releases may contain all season pass content as part of a reduced-priced bundle. The battle pass is a similar idea that allows players to get access to a variety of in-game cosmetics and other things when they accomplish tasks or achieve certain experiences in the game.

Advertising is a type of monetization that is done in a non-direct manner. Often used in conjunction with more direct methods, indirect monetization generates money from sources other than the player. The most common example is the inclusion of adverts within a game. This might take the form of banner ads, commercial breaks during gameplay, or bundling products.

Generating revenue from advertising can be achieved through a wide range of methods. There are different ad service providers each with its pros and cons and they each generate revenue in different ways. Video games use advertisements with caution. If the ads are not implemented right or if they are used too often, it can seriously damage your game’s popularity.