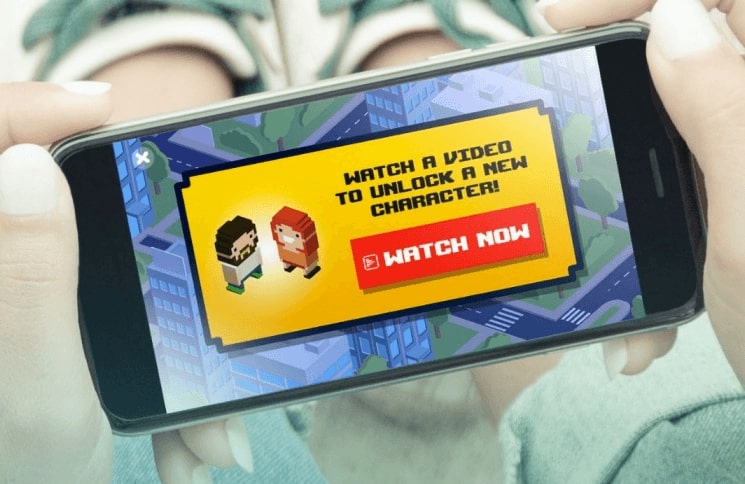 Mobile Game Ads: Make or Break Your Game With Advertisement

Mobile game ads are adverts for video games that appear on mobile devices while you are playing a game. According to Mobile App Daily, gaming applications are the top category for app installations worldwide, thus gaming advertisements represent a major opportunity for both game developers and mobile app advertisers.

What may surprise you is that in-app advertising and purchases now account for the bulk of game publishers’ income. This economic model has given birth to popular “freemium” and “free to play” games (such as Dota2 or Fortnite), which rely on microtransactions for the majority of their revenue.

It is important to know that this form of game monetization can be used in conjunction with other monetization models. Players who have paid for retail or subscription-based games expect an ad-free game. However, hybrid game monetization that couples Microtransactions and game ads have grown in popularity in recent years.

Read more about all major forms of game monetization here.

We can categorize mobile game ads based on how they are implemented inside the game code. This will also affect how they are shown to the players. Each type has its own benefits and drawbacks, so we discuss each type separately so you can decide for yourself which one works for you.

I remember seeing the first static game ad more than 20 years ago when I was playing FIFA 98.

Also referred to as “in-game ads” or “native ads”, players encounter such ads through the game level. It might be graphite on the street wall, a billboard, or even in-game TV advertisements. As the name suggests, this type of ad is implemented during the game development process and stays the same throughout the game’s lifespan. They are “hardcoded” in a game.

The main benefit of the static model is that players will see the ads regardless of having an active internet connection because ads are directly coded inside the game. Also, you receive a flat amount of money to place the ad in your game before release, which is beneficial to game producers who seek quick budget injection.

Perhaps the easier type to implement inside your game. Unlike static ads, dynamic ads come from a 3rd party source, and not directly from the game developer. There are multiple ad network services that provide game developers with APIs that they can use to allow for the showing of ads inside a game.

Dynamic ads constantly change, and they are usually intelligently targeted based on region and audience. That means that the ad network will try to show Final Fantasy ads to hardcore gamers in Japan, and Grammarly ads to me as a copywriter in a country where English is not the native language.

Dynamic ads are more often shown in the form of separate boxes or pages in a game (like in the menus or between game rounds). However, they can be implemented inside a game environment (billboards, signs, holograms, etc) like static ads. Implementing this form of in-game dynamic ads is more rare and complex, as it requires developers to carefully connect in-game objects with an ad network service.

Game ads come in many formats and shapes, and the decision to choose one form over the others should be an informed decision. We have put together a brief description of each format, and what makes it different than other formats. Hopefully, this will help you decide which one works best for you.

Banner ads are usually rectangular and they can be placed anywhere inside a game, from menus to actual gameplay. That’s because they don’t cover much of the screen, and so they don’t interrupt the user experience. They can be made of photos, videos, text or a mixture of these.

Banner advertisements are really simple to set up. They work well with casual and single-screen games since modifying a part of the screen for advertising is usually simple. Banner ad spaces refresh at an optimal rate based on previous data, ensuring that users see new and interesting advertising that complements their gaming experience.  Some ad networks also provide “smart banners,” which alter the banner size automatically to fit different devices.

Smart banners fill the whole screen width and have a height proportionate to the screen height, making it simple to deliver advertisements across a variety of device sizes and orientations with no effort.

A rewarded ad experience occurs when users opt in to engage with an ad in exchange for a “reward” within the app. Rewards can range from extra time playing the game to power-ups and features usually available only through in-app purchases. Rewarded ads will display video ads or interactive ads, such as small playable mini-games.

The core principle of game design is giving freedom to players to do what they want inside a game. Otherwise, games are just “tasks”. Reward ads give exactly that to players: Choice. This will improve the user experience while generating a considerable income for the producers.

Reward ads have the highest eCPMs across all ad formats as they increase user engagement and revenue like nothing else. However, they usually have fewer impressions, and you need full gameplay knowledge of any game to be able to decide how to link in-game rewards to ads in the best way.

High-quality advertising will only function if they are strategically positioned during key periods in your game. This is true for all ad types as well as all mobile games. However, games with fewer natural breaks will make your video ad placement approach more difficult.

You should also be mindful of the effects of ad blocking on your mobile game. According to AdAge, 527 million individuals in the world reject advertising on their mobile phones. Ad blockers can prevent users from seeing banner advertisements, interstitial ads, and other similar ad types, but they can’t hide native/static ads within your game.

You may also deter players from installing an ad blocker by strategically positioning your advertisements during unnoticeable gaming breaks.

You must decide whether video advertising should be imposed onto the user or skippable before integrating them into your mobile game. Some advertisers will opt to make advertising unskippable in the hopes of generating more cash.

If you have permitted the user to skip the ad, some advertisers will still compute revenue based on how much of the video the user has viewed before skipping. Unskippable advertising has the disadvantage of interfering with the user’s in-app experience if the ad is irrelevant to them.

Choosing whether or not your video advertisements should be skippable or not is a crucial part of your monetization strategy. It’s a good idea to obtain user data and try these different approaches in Beta in order to achieve the best outcomes possible later on.

There are some industry standards to guide your ad placement. Here we will discuss the main 3 avenues for mobile game ads.

1. Before the Game Begins

By exposing users to rewarded video advertising before the start of the game, you offer them an immediate advantage. Prior to playing, they can get more in-game resources which will improve their user experience. Because advertising is shown before gameplay, gamers who play for shorter periods of time are more likely to encounter an ad.

Ad placement may be ideal at certain opportune times, such as when you just finish a level and before the next one starts. If you’re using rewarded video advertisements, you may pick and choose when players require more in-game prizes to advance through your game. However, it’s important that the advertising your customers view during natural breaks in your game doesn’t interfere with their enjoyment.

When a user has failed to advance in the game and needs to restart, you can show them advertisements. This ‘game over’ situation may also be a great way to give players a second chance with reward ads. For example, if a player runs out of life, he or she can escape the ‘game over’ screen by watching a 15-second advertisement and getting an additional life.

You may also show this type of ad after the play has pressed the quit button. By showing a short ad just before they quit, you haven’t interfered with their game experience, and they are more likely to be watched or clicked. That is because by then players won’t mind switching to another activity, since they are already done with the previous one (gaming).

Here are the top ad service providers in the business. Their function and implementation are very similar, so feel free to go with any of them. However, keep in mind that their exact monetization method is different. To maximize ad revenue, you should try to choose one that works best with your game.